The day we took a bus tour

A couple of weeks ago Chris and I took a fun little tour of Bartow County. Chris saw it advertised on Facebook and we thought it would be a good way to learn about our new home. We almost changed our minds when we walked up at 8AM (yes, you read that right) and saw this: 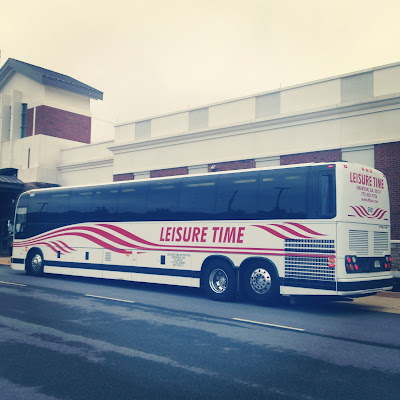 We have officially become "that old married couple." I mean seriously? We took a bus tour for heavens sake! My Meme used to take those road trips to Amish Country on these monsters. When did that become me? And what in the world is there to see in Amish country anyway?

Once we got up the courage to get on the bus we embraced our inner retirees and were along for the ride.

Here's some photos of a few of our stops: 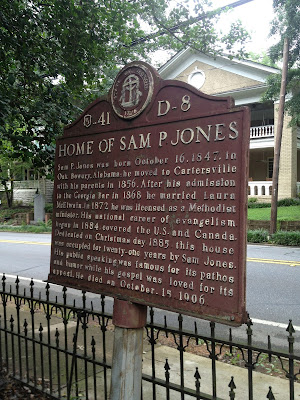 This next picture was probably my favorite part of the whole tour! This dress belonged to one of my favorite Georgia ladies, Rebecca Latimer Felton. She was the first female US senator and a Suffragette. This is the dress she wore to her "Inauguration," as she called it. As the story goes, she wanted something new to wear but she found out last minute that she had won the race. She hurriedly ripped down her lace curtains and sewed this dress to wear that night. Supposedly, a dear friend of hers, Margaret Mitchell, fashioned the famous curtain scene in Gone With the Wind after that night. Goosebumps! How can people say history is boring? 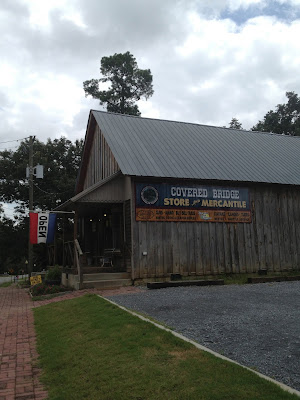 We had the most wonderful time after all. I guess the moral of the story is that old people know how to have fun!