It's no secret that I think my dad is the best thing since sliced bread. Besides just generally being the best dad ever, he is ridiculously talented. He can build, fix, make, and do anything! He's a fantastic woodworker and has been building cabinets since before Hal and I were born.

Lately he has discovered... Pinterest. And y'all, it's getting serious. There might need to be a pintervention soon. Here's the thing... I am a self-proclaimed Pinterest addict but I'm all talk. I follow through with a few projects (mostly when I can wrangle dad into helping) but Dad gets an idea and about five minutes later he's built an addition onto the house or something. Okay, not really, but kinda. Unlike me, he actually finishes his projects... that was for you, Hal. He has been throwing together projects left and right lately!

This is one of my favorites - his new potting bench. He just up and built it one afternoon! Dad has a green thumb and every little plant he touches springs to life. He's not a big gardener but he can literally pull a dead twig off a plant and stick it in a pot and it's like Jack and the bean stalk up in here.

He got a bargain on this sink at Habitat for Humanity - where he finds most of his bargains! He wanted a sink with some counter space to the side for a work space. He plants in the sink and lets the excess potting soil fall down into the bucket underneath and covers it up for later use. He made a shelf across the top to hang some tools and surprised mom with these pretty flowers when he finished. He's just the best. 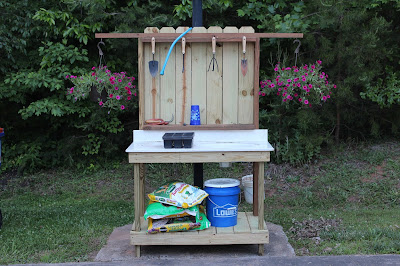 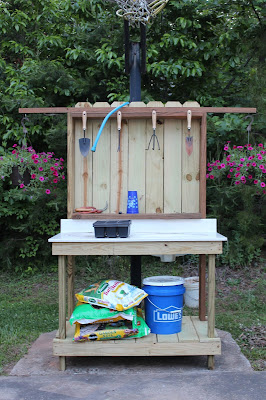 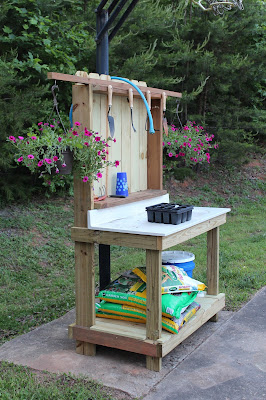 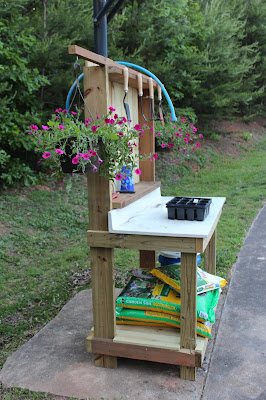 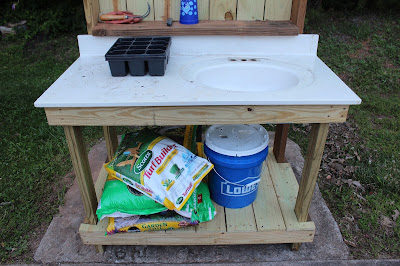 I realized just how dark the above photos were when I looked at these. We took these next pictures to use for our First Anniversary photo book. Yes, we are cheeseballs. Also, Chris is 23094390 x more photogenic than me. Boys. 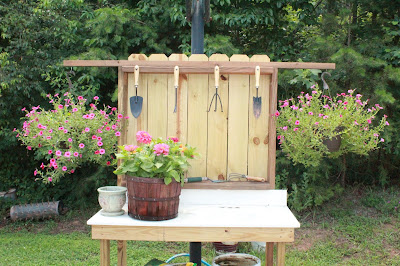 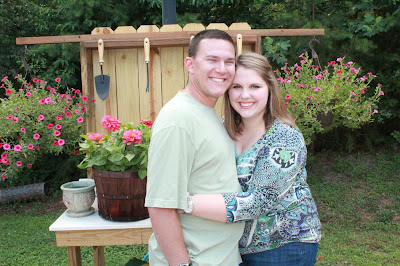 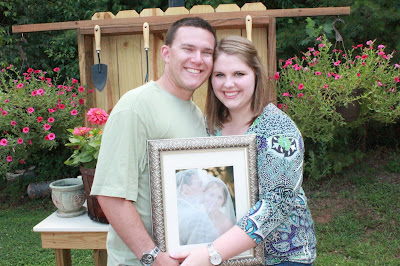 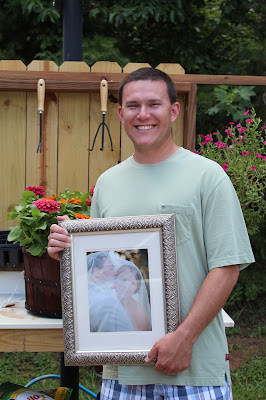 This inspires me. Unfortunately, inspiration needs dollars and talent. Neither of which I currently possess. Now off to Pinterest to find some free and easy inspiration! Who's with me?