A month of milestones!

December is always a big month for us. I'm obviously a Christmas fanatic so it's my favorite month of the year in that respect. As I've said before, I will make up absolutely any reason to celebrate anything. This month we have celebrated several (albeit small) milestones!

December 3rd marked our six month anniversary. It is ridiculous that we have been married for six months! It seems like it was just yesterday that we were visiting Jekyll for the first time, buying wedding bands, and boarding the plane to the Dominican Republic! Speaking of that, Chris when are we going back? I'm expecting an answer in the comments! ;) 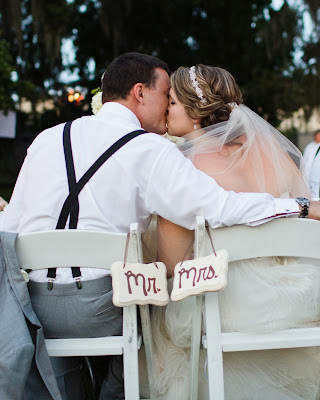 December 4th marked two years since we got engaged! We celebrated by going to the Christmas parade in Gatlinburg as usual. Unfortunately, it was much too warm for snow this year! Chris got the email that told him it was time for my ring check up a few days ago so we trekked down to Shane Company to get it done while he was off work. While we were there we realized I'd been wearing it for two years! No wonder it was looking so rough! After leaving it for a couple of days it looks as shiny as it did the day he gave it to me and I am so glad to have it back! 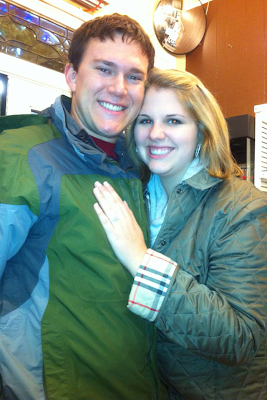 Today, December 19th, we have been together for EIGHT YEARS. What? Not possible. I was fourteen and Chris was sixteen when we started, "going out." I was head over heels for him before he even knew I existed and he was way too cool for me! I still don't know how it happened but I am so thankful I "took a chance" (after reading a fortune cookie with those words) on him! I remember our first "date" - Chris driving me home from school - like it was yesterday. I almost threw up I was so nervous (and embarrassed) as we pulled out of the parking lot with Lil Wayne blaring. A month later he gave me flowers and asked me to be his girlfriend. He had a rough exterior but the sweetest heart. Over the years the rough has faded but he still has the same sweet heart I fell in love with as a freshman in high school. So thankful for young love! 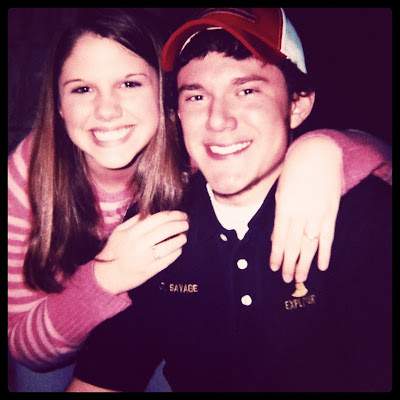 Today also marks Grandma Loretta and Papa Wayne's 48th wedding anniversary! We are so lucky to have so many great examples of what marriage should look like around us.

And tomorrow, my sweet husband will be twenty five! I don't know how we got here, but boy it sure has been fun! Stay tuned for a birthday tribute to my boy.